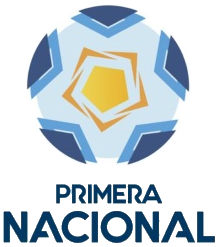 Primera Nacional (usually called simply Nacional B, in English "National B Division", and known as Primera B Nacional until the 2019–20 season) is the second division of the Argentine football league system. The competition is made up of 37 teams.

It is played by teams from all over the country. Clubs from Buenos Aires surroundings, as well as some from Santa Fe Province, are promoted from or relegated to the Primera B Metropolitana ("Metropolitan B Division") while for teams from the other provinces the Torneo Federal A ("Federal A Tournament") is the next level down. In Argentine football, Nacional B is the second-highest league, and from it, the three best teams are automatically promoted to Primera División.

Primera B Nacional games are often transmitted to Argentina and abroad on television by TyC Sports.

It was created in 1986 to integrate unaffiliated clubs into the Argentine football structure, which until then had only participated in Nacional championships of Argentina's First Division tournament. It brought together teams from the old Primera B (until then, the second division) and regional leagues from several Argentine provinces.

After the 1985–86 season, the Primera B Nacional became the second hierarchical league in Argentina's professional football, after the Primera División, and it is above the Torneo Federal A and the Primera B Metropolitana, the last one started to act as a third division for the teams directly affiliated to AFA.

Beginning in the 2019–20 season, the name was changed dropping the B to simply be known as Primera Nacional.